Matt is a film photography enthusiast from Norwalk, Iowa, USA (in all it’s suburban glory, but can still see cornfields and wildlife from his house.)  Matt shoots many different cameras, films, and expecially loves expired and odd film stocks as well as alternative processes of developing film. “I’m a humble office worker, happily married to Mrs. Melcher for over 26 years.” Also Matt runs the Box Of Cameras Podcast – the Drunk Uncle of all film photography podcasts. 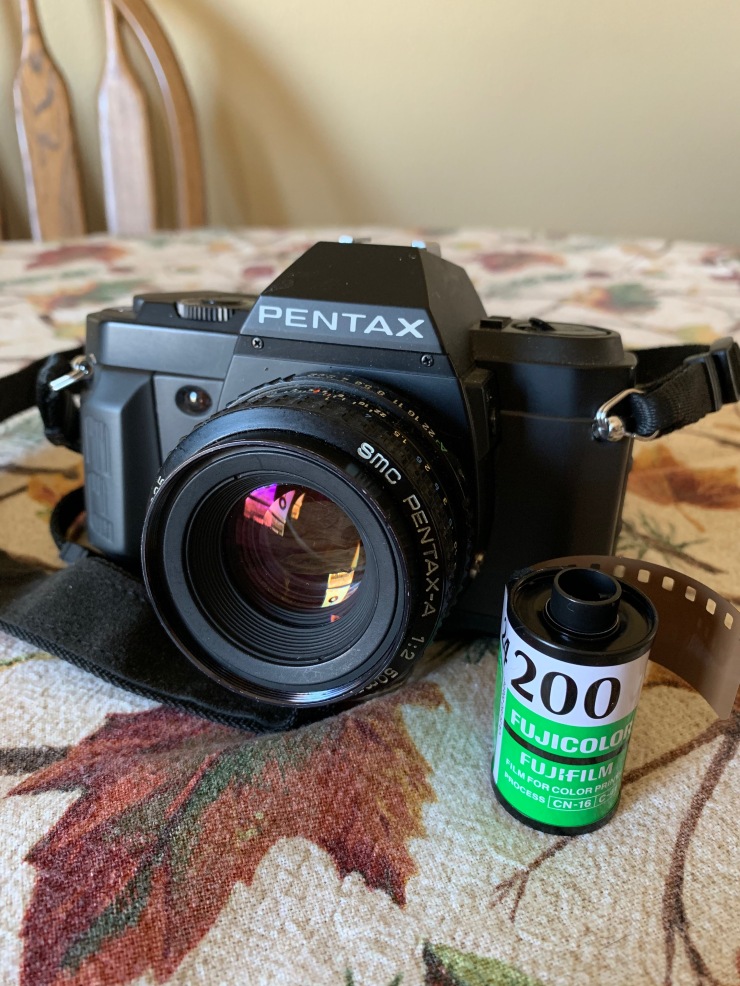 “For this project I’ll be shooting a Pentax P3n with a Pentax-A 1:2 50mm SMC lens. I’ll mostly shoot it on Auto mode which is aperture priority. For film I’m shooting Fujifilm Fujicolor 200. I couldn’t find any film locally so I ordered the cheapest film available on Amazon.”

Matt will be developing the film himself using C41 or ECN2 chemistry. In addition, he will use a bleach bypass process which will leave more silver on the film and lead to some odd colors and a lot of contrast. Matt says “If all that sounds like gibberish, reach out to me and I’d be happy to discuss it with you.”

Matt can be found all over social media:

Box Of Cameras Podcast on your favorite podcast catcher.

Flick: mattmelcher  where he uploads most of his photos