February 2019: FFP, The down low on my photos:  Brian Havican

Month two of the 2019 FFP saw poor weather most of the month, with record snows and cold. Roll two of Fomapan 100 for this project was shot over two days, one during a major snowfall and poor overall road conditions. My February images are as follows:

1) Boats in Winter. Sailboats in dry dock during the winter months, await the spring thaw. There are several marinas along the Root River, which flows into Lake Michigan here.

2) Couple of Beach. A sunny, albeit freezing cold, day saw me down near Wind Point beach. I found a couple and their dog walking on the beach, and the sun gave them a silhouette effect for this frame.

3) DP Wigley, CO. Open since 1897, in the same building which was built in 1849, the structure has been around for nearly as long as Wisconsin has been a state in the union. The company sells lawn seed and grains, in the oldest grain mill in the city. There is a wine/beer brewing store housed inside now as well.

4) Kewpee Hamburgers. Thought to be the 2nd known burger franchise in the nation! Founded in Flint, Michigan in 1923, and expanded to 200 locations by 1929 and over 400 by World War II. Wowser, giving Ray Kroc a run for his money! Now, there are only five of these restaurants left open-one being in Racine, which opened in 1926 and has been going strong ever since. This is not the original location; the city bought the original building in 1997 and tore down the original parking garage which had been built over the restaurant (the structure was failing). Open Mon-Sat, the lunch counter style joint boasts a short menu (five food items) with great homemade root beer and a cheeseburger with the works (picture bigger than McD’s) for $1.95! If you are ever in Racine, stop for a Kewpee burger! 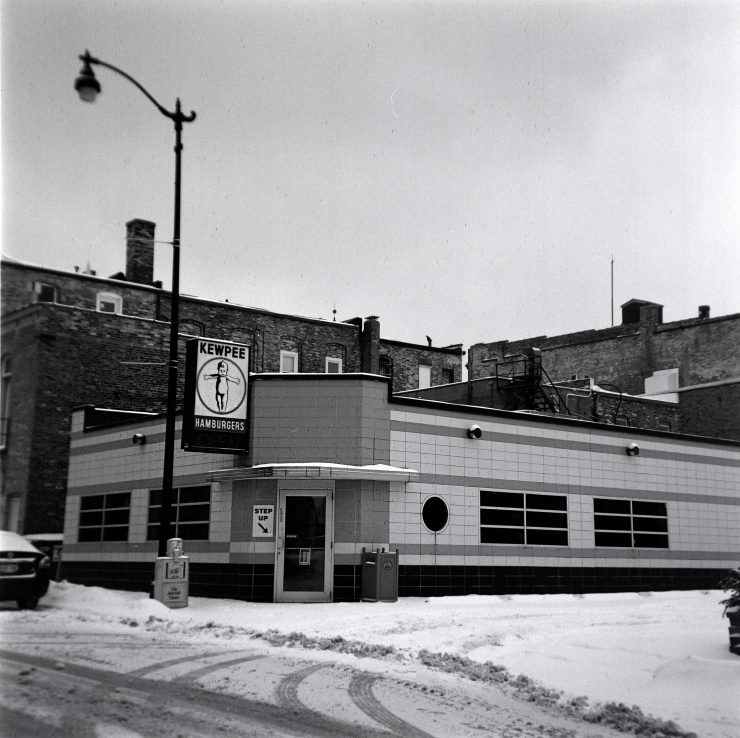 5) Main Street Bridge. This bridge was rebuilt in 1996, is manned 24 hours a day from Apri-Dec, 1st, and is a double leaf bascule type bridge. The bridge operators can open the bridge every 20 minutes if necessary, and the raise/lower cycle takes about 5 minutes. It is painted green and has copper patinaed roofs over the bridge keeper towers.

6) Wind Point Lighthouse. This is one of the most popular lighthouses on the Great Lakes in the Midwest of the USA. Standing about 108’, it was built in 1878 for about $40k and first operational in 1880 and was fully functional with a large Fresnel lens. The lighthouse had a fulltime caretaker and staff of three assistants, and still has a caretaker family living on site today. The lighthouse was named to the National Register of Historic Places in 1980. Yes-I’ve climbed to the top via the 144-iron steps in the circular stairway. 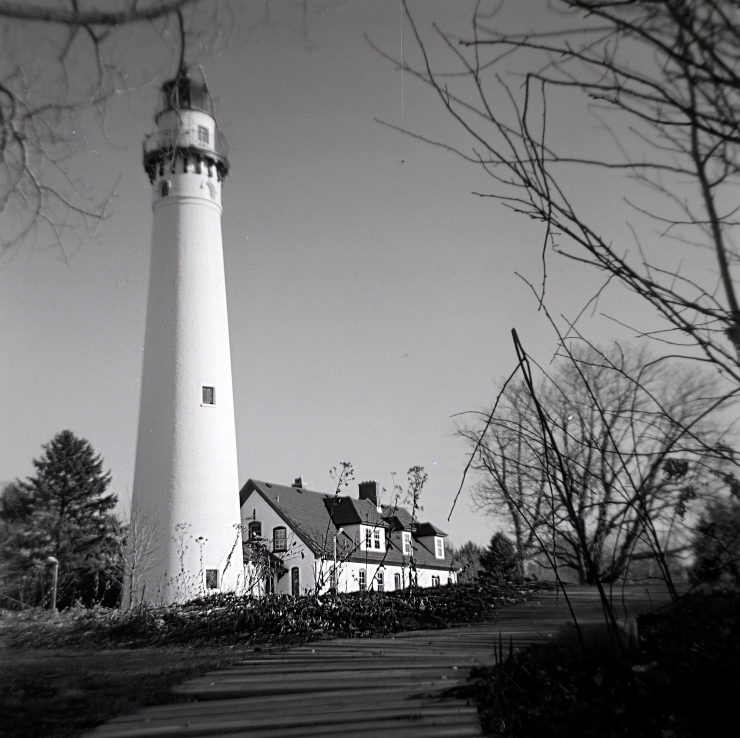 Shot with an Argus 75, you can read more about Brian here.