My name is Sam Warner.  I’m 48 years old and live near Dayton Ohio.

I’ve always been interested in photography.  As a child, I remember taking photos with my Mom’s Kodak 126 Instamatic and Kodak 110 cameras.  I didn’t shoot much during my teens or 20’s, but I started taking photos again when I turned 30 years old and get my first digital camera, an Olympus 1.3-megapixel point and shoot.  It was also around this time that I started collecting film cameras.  I would shoot some of them now and then, but I was predominately a digital shooter, using the Olympus and a Sony digital.  In the mid 2000’s, I upgraded to a Canon DSLR.  This was my first real exposure to using a camera with interchangeable lenses.  I would spend the next 15 years remaining predominately a digital shooter but would continue to covet my ever-growing collection of film cameras and darkroom equipment.

In 2017 I decided to devote most of my photographic time to shooting film.  By this time, I had amassed approximately 150 cameras, and had this crazy idea that I wanted to try to shoot as many of them as possible.  There are, or course, some cameras in this collection that are either inoperable or use a film stock that is no longer available.  Others only require a good cleaning and a fresh battery to bring them back to life.  As I began the process of cleaning and shooting the cameras, I fell back into love with film.  I loved the feeling of the gear itself and the anticipation of seeing how the photos were going to turn out.  I even started developing my own film at home.  My family and friends were amazed that some of these cameras were still usable and loved the photos they produced.  All of this, of course, led to a serious case of GAS.  My camera collection continued to grow, with even more of them coming back into service. 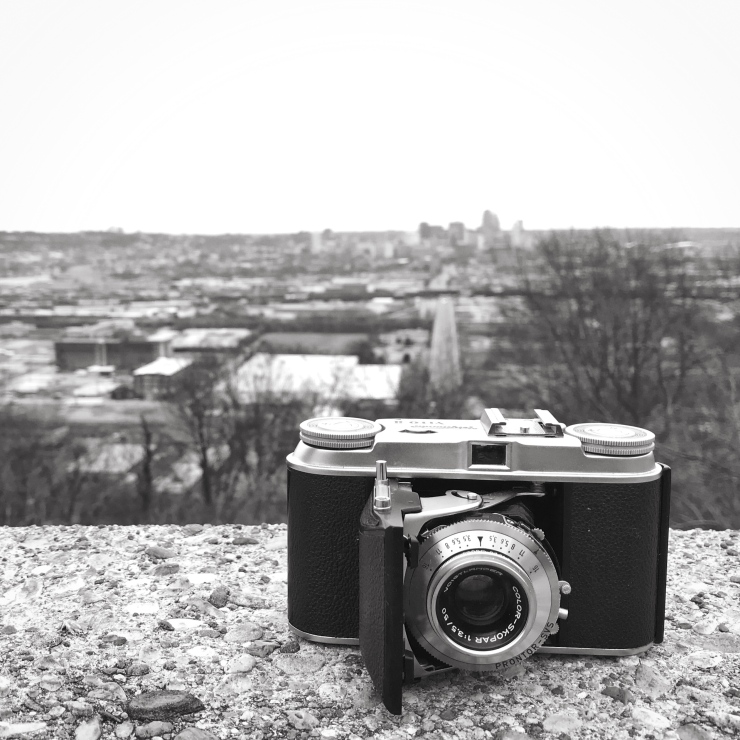 2018 was the year my film photography really took off.  I continued to shoot more and more film. I began listening to the Film Photography Project Podcast, and later visited Findley Ohio to take part in the Film Photography Project Walking Workshop.  While at the Walking Workshop, I established new friendships with other film photographers.  Later in the year, I led two photo walks of my own in Cincinnati Ohio.  I launched my website (www.theunrecoveringphotographyaddict.com), where I share my photography and stories connected with the photos along with other photography-related content.  I signed up for a Black and White Darkroom class at my local community college and fell in love with the art of making prints.

I plan for 2019 to be an even bigger year for me and my photography.  I plan to continue to cultivate my camera collection and website.  There will be more photo walks and workshops.  I recently purchased a couple of large format cameras and plan to explore this new format, with the eventual goal of learning dry plate and wet plate photography.  I have two fairly large scaled personal photography projects I wish to complete this year.  And I want to spend a lot more time on portraits and flash photography, an area I’ve not spent much time in.

For the Frugal Film Project, I plan to use my Voigtlander Vito ii, a folding 35mm camera introduce in 1949.  The Vito ii comes with a 50mm/f3.5 lens with built in leaf shutter.  It has a maximum shutter speed of 1/300th of a second and a maximum aperture of f/16.    I picked up this camera at a local antique store in December 2018 for $31 including tax.  I’ll be leading the Vito with Kodak TMax100 black and white film.  I received some for Christmas, but should be able to purchase more for the project at my local camera store for around $8.50 a roll.  While it’s not exactly “frugal” film, it’s what I loaded into the Vito to shoot in January, and since I was graciously accepted as a very late arrival to the Frugal Film Project, this is what I’ll be sticking to. 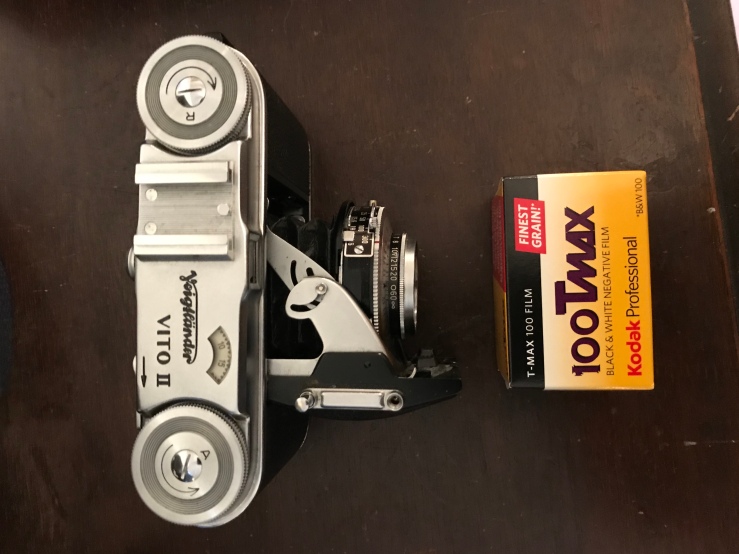 Feel free to stop by and say hi at any of the popular social media hot spots if, that is, you can stomach my ridiculously long name (while fun, it was probably a poor marketing decision on my part):