I’m from Dublin, Ireland and am 49 years old. I’ve been using cameras since I was around eight years old when I found my mother’s Brownie 127 in the bottom of a drawer. I bought my first camera when I was 17, a Praktica MTL5. 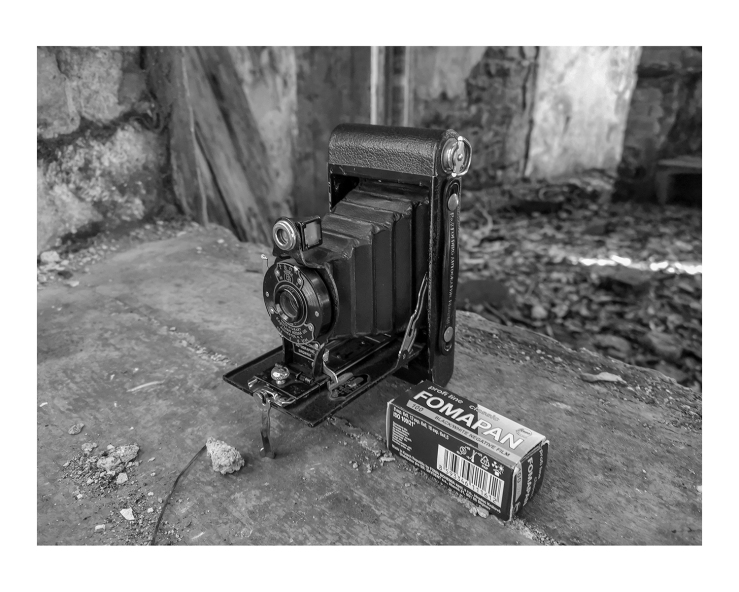 I use digital cameras in a professional capacity, but most of my personal work is made with old film cameras. The camera I’m using for this project is a Kodak Autograph No.2 Brownie, which was made in 1917 and takes standard 120 film. It cost me €25 / $28 and the roll of Fomapan 100 cost around €3.85. A roll of 120 film gives me eight images, six of which I have to submit to this project. The first time I used the camera was for the Frugal Film Project, so I’m happy that I was able to get six images!

I completed a degree in Photography in 2017 and my practice generally involves landscape and typologies addressing issues around place and memory.

http://www.aidanpedreschi.com (currently off-line due to redesign)