Finally, winter is gone, and spring is here to stay. I have had it with the sad and an almost black and white nature everywhere. It was high time for some color in our lives and here, in Romania, it comes in March and we have more reasons to get out of the house (due to the COVID-19 outbreak not so much, but what can you do?). Slowly but surely, we got to see grass, flowers and the trees started to bloom. And what a sight that is! These are the signs that confirm spring’s arrival.

Since our movements and incursions outside the house are not welcomed due to the COVID-19 pandemic, I tried to get out, not far from home of course, and shot some “signs” of spring (my interpretation of this month’s theme). I shot my roll of HP5 in the first half of the month, and due to my laziness I developed it at the end of the month (no good reasons come to mind for this…maybe it was because of the whole isolation inside the house). So, in the first half of the month the there was not much to see: the grass was barely out, and the first flowers were blooming (snowdrops mainly). As we got to the half of the month trees were blooming and that was so beautiful (smelled very nice everywhere as well). As things evolved, leafs started filling the trees and we got the complete spring painting before us. I tried to capture these signs as best as I could, but I needed more than a frame for that. Still, I hope that the frame that I chose represents one of these signs that tells us spring is here and we should go out more often.

I know that in some parts of the world there is still snow and the weather is not all that great, but I hope that with this frame I can bring some hope that spring will come eventually.

I wanted to photograph and write about one of the more unique (to Romania) sign of spring: the Mărțișor.

Mărțișor is an old tradition celebrated all over Romania every year, on  March 1st.
The name  Mărțișor  is a diminutive of March (Martie in Romanian). It is believed that the person who wears the red and white string would enjoy a prosperous and healthy year. Not long ago, in the countryside, people used to celebrate the Martisor by hanging a red and white string at their gate, window, cattle’s horn and shed to protect against evil spirits and to invoke nature’s regenerative power. 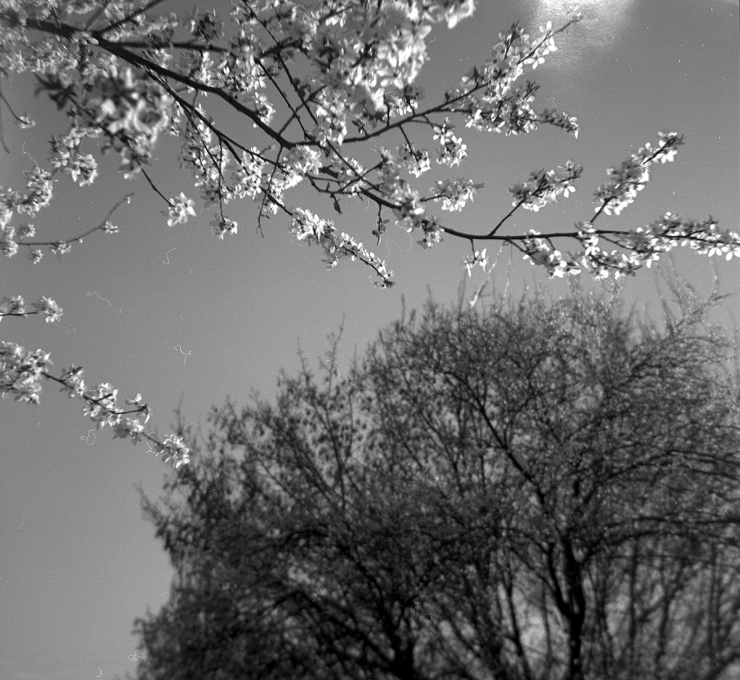 In eastern Romania (Moldova and Bucovina), the red and white string was complemented with a small – gold or silver – coin. After wearing the coin for twelve days, the women would buy fresh cheese with it hopping that their skin would be healthy and beautiful the entire year.

According to archaeological research, the Mărțișor traces its history more than 8,000 years ago. Some ethnologists believe that the Mărțișor celebration has Roman origins, others support the theory that it is an old Dacian tradition.

In ancient Rome, the New Year’s was celebrated on the 1st of March.
March (‘Martius’) was named in the honor of the god Mars. Mars was not only the god of war but also the god of agriculture, which contributes to the rebirth of vegetation.

The Dacians also celebrated the New Year’s on the first day of March. Ample spring celebrations were consecrated to this event.

In the old times, Mărțișor were made of small river pebbles, colored in white and red, stringed on a thread and worn around the neck. They were worn, to bring good luck and good weather, from March 1 until the first trees would bloom. When the first trees were flowering the Mărțișor were hanged on tree branches.

Nowadays, on March 1, Romanians buy silky red-white threads (șnur) tied into a bow to which a small trinket is attached and offer them to their (female) family members, friends and colleagues to show friendship, respect or admiration.