For April I wanted to try using the Holga for a product shot. Interestingly, the color Red was appropriate since I was shooting a pair of red shoes, using my red Magellan flashlight and my red Holga. The stars were aligned. Well, mostly aligned. The biggest problem with using the Holga for product photography is its minimum focus distance of one meter. Additionally I had to account for parallax and center-only sharpness. Those three limitations and a bit of guesswork meant I got away with one or two good shots, although a tad soft. Who cares, though, it’s a Holga! 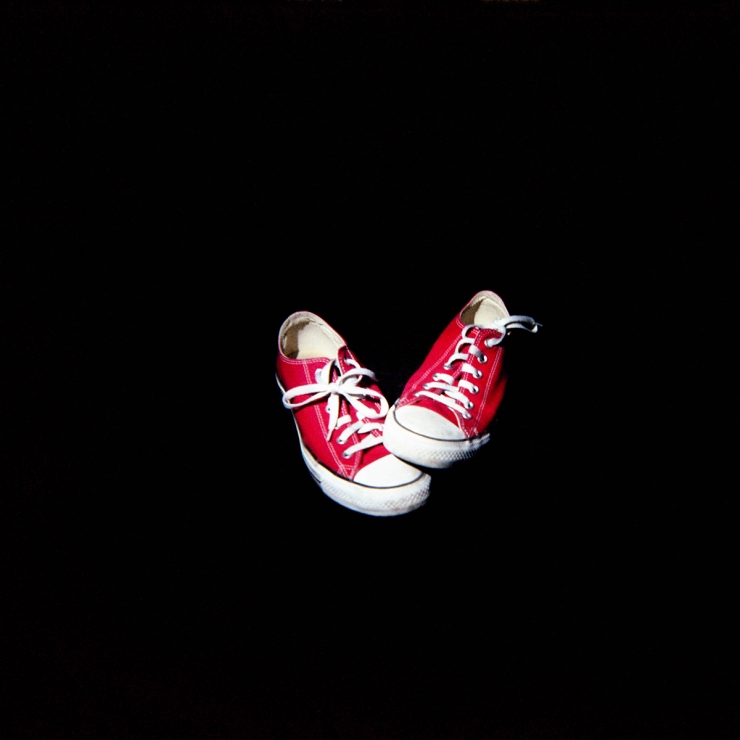 Another part of this April journey was that I got to use my recently purchased Digitaliza 120 Film Scanner Tray. It works really well for 120 film. Also, when I first scanned this image, the dust was everywhere, so I re-scanned using Digital ICE. I’ve never used it before, but I’ll be using it more now. The results were really impressive.