Skip to content
I used to have a favourite red boat at the seaside. It had a deep rich red paint which had peeled away to reveal patches of blue and white paint underneath. It was my muse of sorts for many months as I tried out new cameras. Then one day, it was gone. I looked around at the other boats, but none of them offered an explanation as to what happened or where it went.
Further round the coast a few streets away, there is another beach with a red boat. It’s not exactly the same shade of red, nor does it have the peeling paint or blue and white patches of my favourite boat, but I liked the reflections it made on the water, so it became my subject for April. 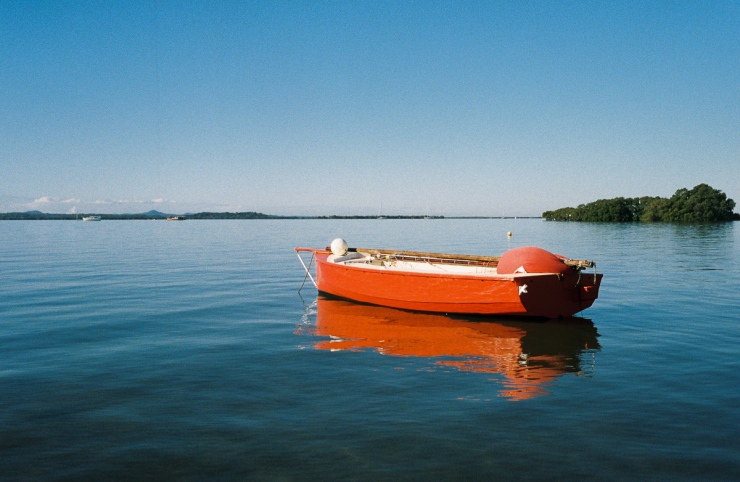 For the Autumn months, I’ve chosen a Minox 35 GL that I bought off eBay for $50. I have another camera that looks like a Minox: the Voigtlander Vito C, made in the same factory in West Germany. The Vito C is a lovely little viewfinder camera, fully automatic, you just need to choose how far away you are from your subject and press the shutter. I bought the Minox as it had the luxury of choosing apertures, but what I discovered that the Vito C is actually a better camera to use. The Vito V has a distance indicator in the viewfinder, so you can rotate the lens to choose your distance without taking the camera away from your eye. The Minox does not, so I find myself fiddling around with it and the experience is not as fun. From what I’ve read, I must be lucky to have a working Minox as many people complain about them.
Minox 35 GL with Lomo 800 film.